Our Mission is to support global trade

PREMUDA is one of the oldest and most renowned brands within the worldwide shipping. Incorporated in Italy, with premises in the port city of Genova, we have active subsidiaries in Italy, United Kingdom and Malta. As leading provider of dry cargo and tanker services globally, PREMUDA presently controls a fleet of 32 vessels and is capable to offer to clients and charterers a broad range of best in class transport solutions. Our main equity is PEOPLE. As such we care about them and we support meritocracy, diversity and inclusiveness. As a team we work together to discover new solutions and to set new standards within the sector in which we operate. We have extensive experience and a strong global network with all the key players of international shipping and finance community. The combination of PREMUDA team capabilities and the present investor base is a unique blend and provides an ideal platform to swiftly execute and manage investment opportunities from both financial and commercial perspective. Our team today comprises some 25 people ashore, plus some 600 seafarers on average, with more than 15 nationalities represented.

we came from far

Premuda was established in Trieste in 1907, when this historic city was still part of the Austro-Hungarian empire. We still keep the first articles of association of the company, according to which it was founded under the name of “Navigazione a Vapore” (steamship navigation) G.L. Premuda.

As such, despite many people still today tend to connect the name of PREMUDA with the celebration of the well-known “Impresa di Premuda” (naval war action conducted in 1918 by the Italian Navy against the Austrian one in the Adriatic Sea, in the waters off the isle of Prèmuda, in today’s Croatia), the reality is different. The business establishment was precedent and PREMUDA is the name of the main shareholder of the ship-owning company, which according to the deed of incorporation was intended to be public from the very beginning.

Hence, differently from many other Italian shipping company, we really have in our DNA the fact of being public, open to frequent changes in investor base and keen to financial innovation. Our legal address has been in Trieste until 2017, before the definitive move to Genoa and our strong link with this cosmopolite city is witnessed by the recent naming of our new flagship vessel as “PS Trieste”.

After its foundation, PREMUDA was able to survive two World Wars and its relentless growth lasted until the end of 2007. In that year, consolidated net equity reached the highest level of Euro 207 million after the distribution of an extraordinary dividend to celebrate the 100th year of activity. In 2016 Pillarstone (Italian subsidiary of KKR) become the main lender of record by acquiring the exposures of the main Italian banks. The step-in of Pillarstone was providential for the Group, which was struggling with a comprehensive financial reorganization, and opened the doors of a new and unexpected phase of development. Pillarstone supported the relaunch of Premuda with a remarkable cash injection (USD 44 million) and become the new sole shareholder of the company (which at that time was delisted from the Milan Stock Exchange). After the Pillarstone step-in, the Group structure was streamlined and a significant operational turnaround was implemented in order to reduce complexity and set-up a lean and efficient platform to support the relaunch of the fleet reconstruction, also leveraging on other shipping investments in the Pillarstone portfolio.

At the beginning of 2019 a new team of senior executives was appointed: Marco Fiori as Chief Executive Officer and Enrico Barbieri as Chief Financial Officer and Executive Director. Under the tenure of the new management team the fleet size increased rapidly and a great number of special projects were delivered, including S&P deals, refinancing arrangements, fleet integrations and corporate transactions.

As successful player in the consolidation of the Italian maritime cluster, with the financial and strategic support of our shareholder Pillarstone, our ultimate goal as PREMUDA is to set sails towards the new frontiers of the global smart shipping, primarily by increasing the fuel efficiency of the existing fleet and also by taking into account the IMO targets on CO2 reductions in developing the concept of our fleet renewal.

The new management has developed, in agreement with Pillarstone, a wide range of extraordinary transactions, which have marked the resurgence of PREMUDA in the global shipping market after many years of low profile:

In FY19 our Group purchased the first second-hand vessel after many years of downtime. The purchased vessel was the “High Efficiency”, a medium range tanker vessel, Japanese built (year 2009). She was renamed “PS Tokyo” to celebrate the proficient relationship of our Group with Japan. In January 2021 we purchased in joint venture with FINAV Group the vessel “Silver Point”, a medium range tanker vessel, built in Korea in 2011. She was then renamed “PS Roma”.

PREMUDA acted as operating partner of the FINAV project, a unique concept of consolidation of distressed assets in the Italian maritime cluster. In FY19-FY20 our Group supported the FINAV fund in the activities of takeover of the target vessels (10 on aggregate) that are now under the full management of PREMUDA. In early FY20 moreover PREMUDA took delivery of 5 Aframax/LR2 vessels from Norma Reoco (part of Pillarstone Group) under a bareboat contract.

PREMUDA holds strong relationships with Japanese Owners and Banks. Between FY19 and FY20, in less than 12 months, the Group executed 5 sales and leaseback transactions with Japanese owners with tenures ranging between 5 and 7 years (purchase options starting from 2nd or 3rd anniversary and final repurchase obligations). Thanks to these alternative financing solutions, PREMUDA was able to raise finance at competitive cost, mantaining an exposure to the underlying freight market.

In FY20, during the pandemics, we regularly took delivery of the Yufu Crown, a super-eco medium range product tanker built 2020 in Japan in Onomichi shipyard (long term timecharter – 7 years with purchase options and no obligation). We have a pipeline of further 2 long-term timecharter (5 to 7 years, with purchase options and no obligations) with delivery expected in FY22. These ships – cutting-edge and very much efficient in terms of speed and consumption – are core in our program of fleet renewal.

As PREMUDA we are keen to build-up long-term relationships and explore constructive alliances to raise the enterprise value of our Group. As evidence, we have contributed to the establishment in late 2020 of CSM Italy, an innovative joint venture between PREMUDA and Columbia Shipmanagement, a world-class provider of ship-management and maritime services. CSM Italy, based in Genova, will take care of the entire Premuda Group fleet and will have the mission to develop new business.

Our success depends on the strength of our team. 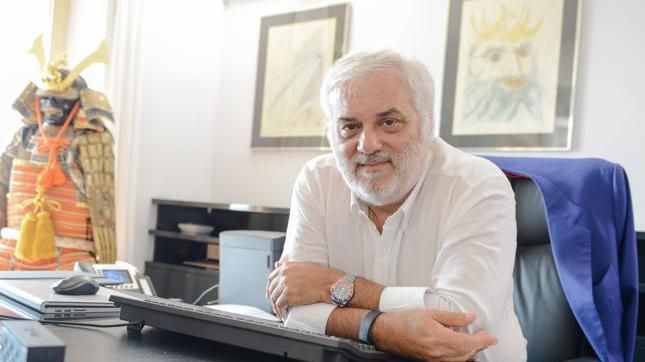 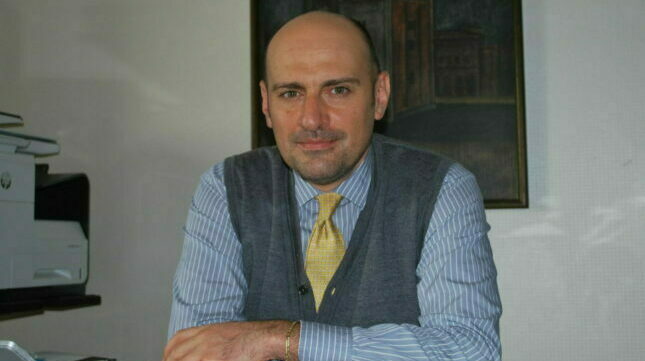 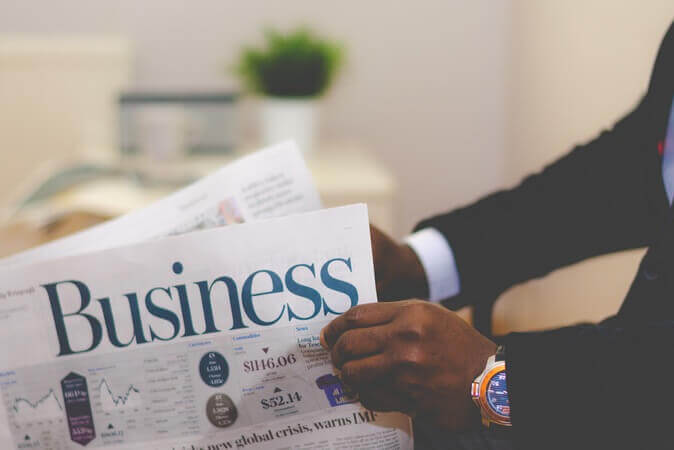 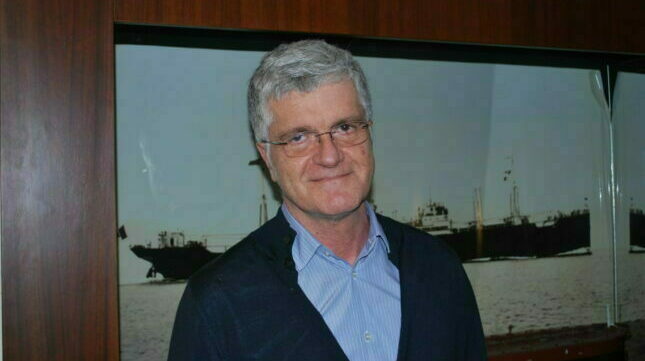 HEAD OF CHARTERING AND OPERATIONS 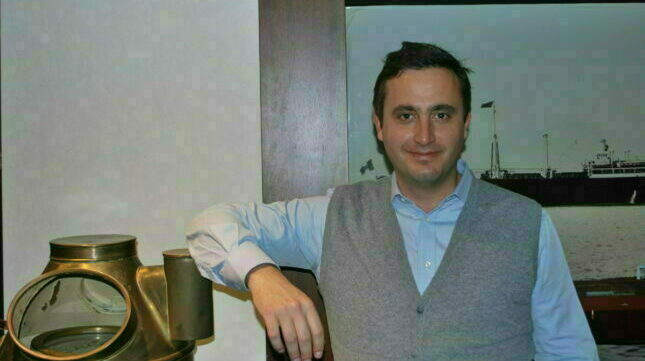 PREMUDA do not use cookies on this website but anyhow, some third parties software used on this website may use cookies to give you the most relevant experience by remembering your preferences and repeat visits. By clicking “Accept”, you consent to the use of ALL the cookies.
Further InformationsACCEPT
Review GDPR Preferences

All content of this web site, including the texts, documents, trade-marks, logos, images, graphics, their layout and adaptation, are the property of Premuda SpA, protected by the regulations concerning Intellectual property and the regulations concerning the protection of Trade-marks (Law of 22nd April 1941. no. 633 and subsequent amendments, Royal Decree no. 929 of 21st June 1942 and subsequent amendments) and are covered by copyright. No legal responsibility can be taken for any of the contents within the present web site and regarding its eventual use by third parties and the information is provided by Premuda in good faith. Therefore Premuda SpA will not be considered responsible for any kind of damage, loss, prejudice of any sort, which third parties are ever likely to undergo, as a direct consequence of a contact with the present web site, or as a result of the use of any of the contents within the present web site.

The Data Controller is Premuda S.p.A., with registered office in Genova, Italy, Via C. r. Ceccardi 4/28.

Necessary Always Enabled
Necessary cookies are absolutely essential for the website to function properly. These cookies ensure basic functionalities and security features of the website, anonymously.
Functional
Functional cookies help to perform certain functionalities like sharing the content of the website on social media platforms, collect feedbacks, and other third-party features.
Performance
Performance cookies are used to understand and analyze the key performance indexes of the website which helps in delivering a better user experience for the visitors.
Analytics
Analytical cookies are used to understand how visitors interact with the website. These cookies help provide information on metrics the number of visitors, bounce rate, traffic source, etc.
Advertisement
Advertisement cookies are used to provide visitors with relevant ads and marketing campaigns. These cookies track visitors across websites and collect information to provide customized ads.
Others
Other uncategorized cookies are those that are being analyzed and have not been classified into a category as yet.
SAVE & ACCEPT